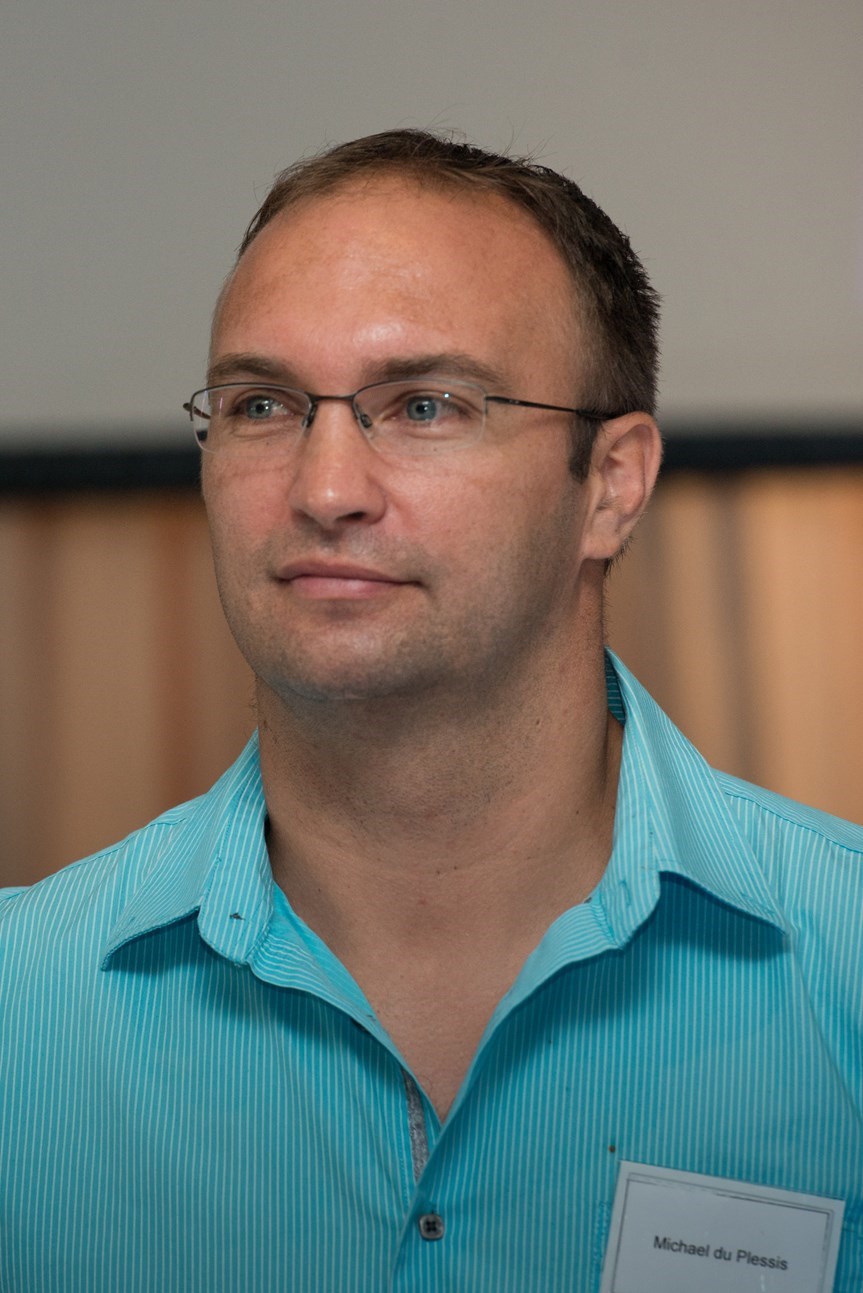 The International Society for Rock Mechanics and Rock Engineering (ISRM) Board, which were founded in 1962 in Salzburg, Austria, decided at its Tokyo meeting in September 1981, to institute an annual prize with a view to honour the memory of Past-President Prof. Manuel Rocha. Profiting from the basis established by Prof. Müller, Prof. Rocha organized the first ISRM Congress and he was the leader that was responsible for transforming the international collaboration carried out in an amateurish way into a real international scientific association, having for the purpose settled the fundamental lines that have guided and supported the ISRM activity along the years.

The Rocha Medal is intended to stimulate young researchers in the field of rock mechanics. The prize, a bronze medal and a cash prize, have been annually awarded since 1982 for an outstanding doctoral thesis selected by a Committee appointed for the purpose.

The ISRM 2018 Rocha Medal was awarded to Dr. Michael du Plessis at their annual gathering held at the ARMS 10th Asian Rock Mechanics Symposium in Singapore during October. Dr. Michael du Plessis completed his doc-toral thesis in the Department of Mining Engineering in 2016. His name is now mentioned among the group of elite researchers in the field of Rock Engineering in the world and adds to the weight and research capacity with-in the Mining Engineering Department at University of Pretoria.

Dr. Michael du Plessis is appointed as the Group Rock Engineering Manager for Lonmin. As the third largest plat-inum producer, his role requires him to optimise the business in terms of safety, profitability and long term sus-tainability.
Michael pro-actively initiates and participates in many projects to develop new mining methods, systems and technologies. His PhD study was aimed at developing a better understanding of crush pillar behaviour. This pillar system provides an optimised extraction strategy as mining progresses deeper and benefits this industry in terms of safety and production. This work therefore has the potential to significantly impact on the profitability and sustainability of the platinum industry in South Africa.

Michael conducts further pillar related research through the University of Pretoria alongside Prof. Francois Malan (previous recipient of the Rocha medal) and Prof. John Napier (Supervisor, co-supervisor and involvement to 4 recipients of the Rocha medal). The ongoing research is intended to address shortcomings in understanding the design, application and behaviour of pillar systems in the platinum mines. This has in the past led to the closure of mines due to uneconomical mining or under-design, resulting in mine instability.

One of Michael’s other research interests is to study and understand the geologic structures contributing to large scale structurally related instability of mining excavations in the platinum mines. He leads this area of study with numerous publications guiding industry on the learnings from case studies he has personally taken part in or supervised.

Abstract to his doctoral thesis: "The design and behaviour of crush pillars on the Merensky Reef"

Crush pillars are used extensively in the platinum mines of South Africa as part of the stope support in intermediate depth tabular mines. Effective crush pillar design ensures that the pillars crush when formed at the mining face. This behaviour occurs when the pillars have a width to height ratio of approximately 2:1. Once crushed, the residual stress state of the pillars provide a local support function. In many cases, effective pillar crushing is not achieved, resulting in pillar seismicity. As this mining area produces approximately 70% of the world’s platinum group metals, it is critical that layouts and pillar design are optimised to ensure safety and sustainable production. The objective of the research was to determine the parameters which influence crush pillar behaviour. A limit equilibrium constitu-tive model was proposed to investigate the behaviour of the pillars. The model, implemented in a displacement dis-continuity boundary element code provided insights into the stress evolution of a crush pillar. The results indicated that the stress on the pillar depends on its position relative to the mining face, size, the impact of geological struc-tures, layout, rock mass parameters and mining depth.